This article will help you run reports on your Users, Candidates, Companies & Jobs

Written by Sarvesh Gokhale
Updated over a week ago

1) Only the users with the "Admin" role will have access to the Reports section in Recruit CRM.

2) The reports are run on the actual timestamp of the action based on the "Time-zone" set in your Profile section so if you have users in different locations it's likely your reports will be off by a few hours.

For example: When a user with the "Australia" time-zone runs a report for just 1 day they will see results of actions that happened on that day in "Australia Time", so you might see some actions performed by a user in New York the day before in New York when it was already the current day in Australia.

Users with the "Team Member" role will only be able to see their own performance report on the Dashboard. 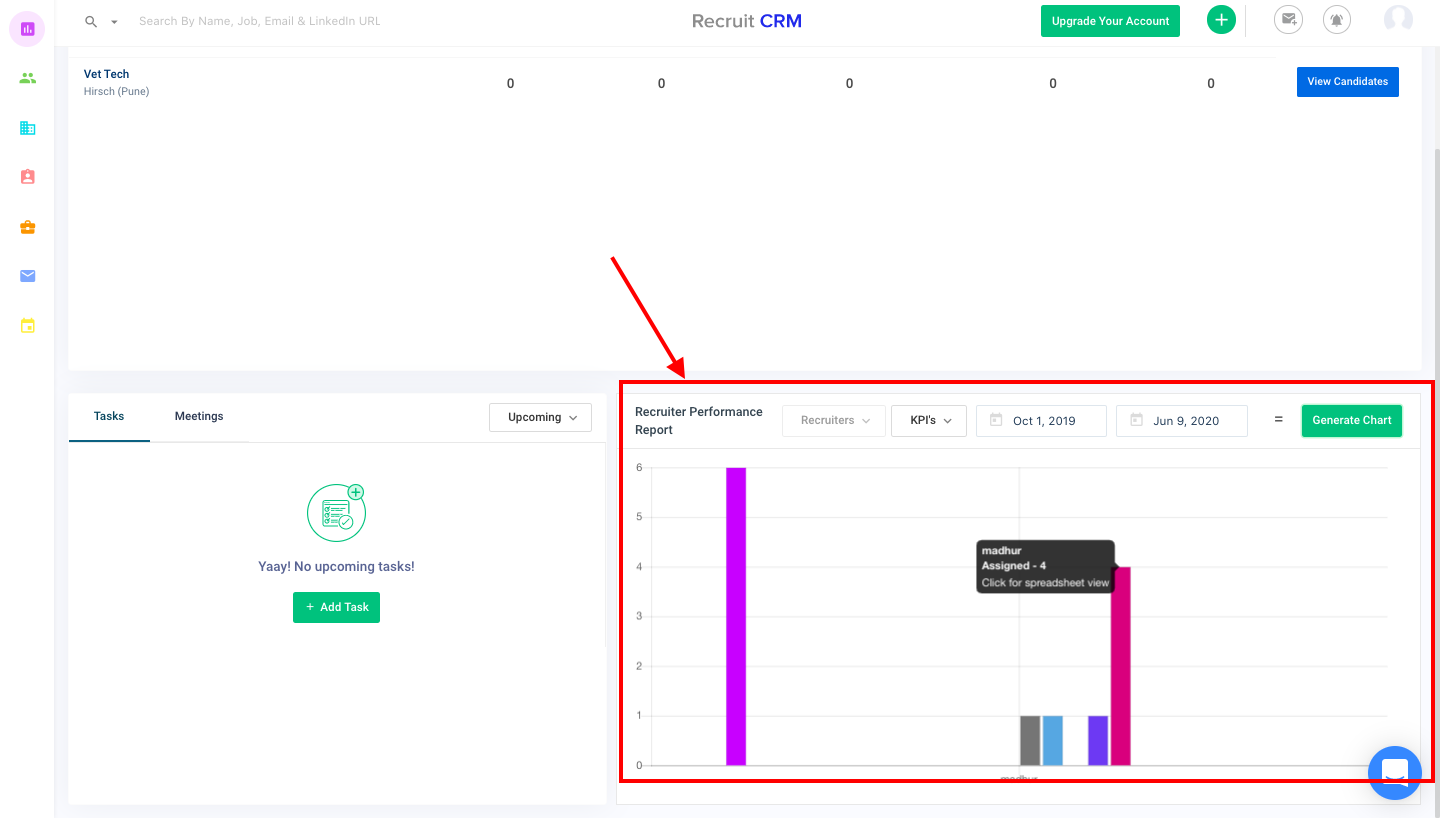 To help you run your business better, Recruit CRM lets you generate reports on Candidates, Companies, Jobs & most importantly your Teammates.

Recruit CRM has a powerful Reporting Suite that will help you run all your reports. 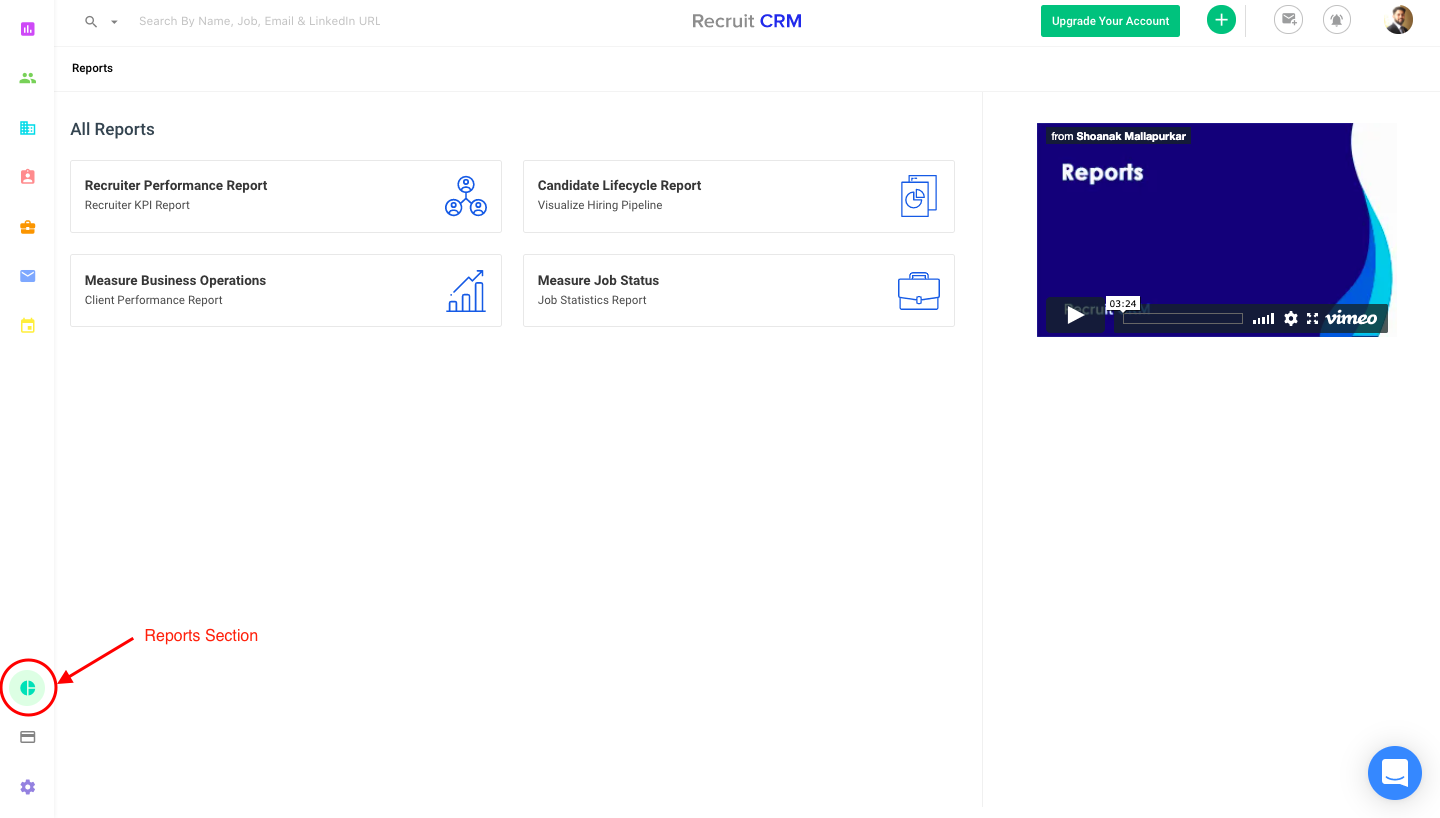 There are 4 types of reports in Recruit CRM:

Click on any of the above links to learn more about each individual report :)

Did this answer your question?